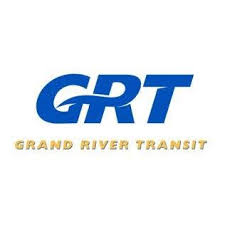 For those who don’t know me or haven’t heard me complain about it often enough; I’m not legally allowed to drive, so my only option is public transit since I haven’t won the lottery and cannot afford a private driver.

Living in Kitchener-Waterloo (aka Region of Waterloo) we are serviced by one transit system that spans 3 cities (well I guess it’s more than that now as it also serves some smaller townships). For the most part over the years I’ve seen vast improvements in both the routes and the customer service. However this post is going to focus on the huge pain points that me and my family have gone through with respect to Grand River Transit.

I typically start work at 7am, no matter what day it is. I thought by working on Saturdays I would be able to get to work before 7am. Sadly the first bus that goes by is 6:21am the time it takes me to get from my house to work is 58 minutes which includes an 8-minute layover for another bus. By taking this option this would get me to work for 7:20am IF they were on time; unfortunately, this would make me 20 minutes late for work, not cool

I’ve been lucky a co-worker (hi Cory) has been able to go out of his way to come and get me however on the off chance he cannot (as he won’t be able toon an upcoming Saturday due to vacation) this has left me with 2 options for which I have to choose to get to work on time:

2) pay a large sum to a cab or car-share ride program to get to work on time. I’ve done this on the way home one night because I was tired and it cost me just shy of $18 (that’s with 20% off promo code) to get home from work going to work will pretty much be the same cost.

When I bought my house Sunday bus service meant 1 bus every 60 minutes. This has slightly improved to be 1 bus every 45 minutes however the first bus that goes by our house is at 8:15am. I typically start work at 7am, or 8am, however when bus goes by after you are already scheduled to start your shift with about an hour commute to go you can see the limitations I face. Thankfully I don’t have many Sundays where I need to work so if I do go out it’s by choice and has not been the biggest pain.

I really can’t complain about the weekday service. I can get a bus at 5:34am which gives me a nice layover where I can grab a coffee and still get to work before anyone else at around 6:25am. Even coming home after work at around 3pm hasn’t been that much of a problem. Now I have been doing some odd shifts and I can say that trying to get home after working until 9pm isn’t really fun as I usually have a 45 minute wait in the cold (it’s winter) for my connecting bus which will get me home but those shifts are few and far between so I honestly don’t mind them.

When you live in the Waterloo Region and you are physically unable to take the traditional city bus there is a door-to-door service called MobilityPlus. It’s an off-shoot of GRT (Grand River Transit) which provides transportation for the elderly, disabled, and such. Since my mom had a stroke 3 years ago my sister and I have become very much aware of this service, how good it can be and the clear gaps and improvements it needs to make it the best it can be. Currently the only way to book a ride is by calling; they seem to have 1 human at any given time manning the phone to answer your call to book your ride. There is one gentleman who works there (no idea what his name is) who has the customer service skills of sandpaper. He is extremely rude, he makes frequent errors (when pointed out to him blames the customer), and seems to have zero regard for plain decency. And yes before you comment asking if we have lodged complaints…we have, almost after every single interaction with him. While he is still employed in the role is beyond us; the fact that I work in customer service makes dealing with him all the more frustrating because I can promise you if I EVER talked to my customers like that I’d be suspended, talked to, and if it happened again on top of mistakes that cost the company money I’d be out of a job. I figure the guy is protected by a union however I would imagine they could give him any other role that is not customer facing to satisfy the employment requirements. The other few agents they have working in the office are 100% awesome; sweet to talk to and never make you feel rushed.

Because they seem to only have 1 person manning the line at any given time sometimes the wait times are absolutely nuts. I think our record wait time was over an hour however recently you can’t even get through it just rings busy. Now you might be asking yourself “Why don’t you book online?” That is a GREAT idea…sadly the systems they are using are SO dated that booking online is not even an option. As someone who can only hear out of one ear waiting on hold having to hold the phone up to just one ear I can tell you is NOT very comfy. I tend to use my cell however if I put it on speaker I risk missing it because their hold music is so low and of such low quality it might as well not exist.

Once you have your ride booked (which at this point we can all agree is no easy task) comes your pick up times. They tend to give you a 30 minute window that is at least 1 hour from your scheduled appointment. So if my mom has a doctor’s appointment on a Thursday at 1pm the pickup time will be between 11:30am and noon; assuming there are no other pickups (there never has ever been) it’s a bout a 10-15 minute ride. This in turn means if we get picked up at 11:30am on the dot we will get to her doctor’s office by 11:45am-ish that means we have a lovely 1 hour and 15 minutes to sit doing nothing while we wait. We all know that doctor’s appointments tend to be quick; so lets say we are seen right at 1pm (cause we’ve been sitting there for an hour) he chats with my mom and we are done by 1:15pm-ish, MobilityPlus will take the appointment time of 1pm add an hour and make our pick up for our return trip home to be 2pm-2:30pm this means yet another potentially hour or more that we are waiting for a ride home. Now that’s IF they get there by 2:30pm its very possible that they forget you, or they are just plain late. This means a simple 15-minute appointment has taken half a day. This frustrates us to NO end because it is not convenient.

We have also been told that because we live in the North end of Waterloo we will always get least priority since they have to come out further to get us. This means longer wait times but also has meant that mom has not been able to attend a day programme on Thursdays. She used to be able to go but apparently due to cut-backs they have had to limit rides and thus my mom gets shafted. She has not been able to attend the Thursday program for about 6 months now and it upsets her since she had so much fun going. On Wednesdays she also attends a day program however because there is a therapeutic component to it the program director fought with GRT to have her rides on Wednesdays consistent. This means that they are prescheduled and we do not have to call every week to book both the pick up from home or the return trip home. We did try to have this done for the Thursday program however GRT declined and as such we have waited on hold an average of an hour every Thursday morning to book a ride for the following Thursday only to be told that there are ZERO rides available…why? Because of “cut backs” “because of where you live”. When it comes to non medical outings you can only book a week ahead of the day you are calling. So if mom and I wanted to go to the mall THIS Saturday we would be out of luck; the earliest we would be able to go would be the following week IF they have time slots available that work.

I’ve provided feedback and short of going to the Mayors office (Waterloo and Kitchener) I don’t know what else to do to accomplish the sweeping changes that are clearly desperately needed. I know that we are not the only ones that struggle with GRT as I do work with two gentlemen that also rely on the service and have the same headaches we do.

To be fair we are extremely lucky to have such service in the first place. I’ve heard of some other similar services in other parts of the world and they have their own limitations. Overall the transit in the Region of Waterloo is pretty decent and again has expanded as the city has but as someone who will only ever be able to take the bus I see flaws that don’t need to be there, barriers that could be overcome and great people who work hard to make sure that everything runs smoothly.