Today’s entry is all about my TOP 10 FAVOURITE TV SHOWS that are still on-air! These are in no particular order, it’a all about fun tonight!

I will start with Castle and say this once (less you all get bored) I LOVE THIS SHOW Nathan Fillion is an amazing actor and takes the words he provided and just runs with it! Really everyone that works on this show is awesome, there has not yet been on episode where I thought “meh, could have done without this”. Great story arcs, great follow through, amazing writing, great lighting, I could go on..you get the idea. 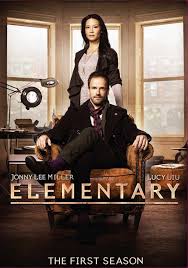 We are about mid way through the third season and this show just keeps getting better. I know a few people who are comparing this show to one called Shrelock and saying that this is a knock off but since I haven’t seen the other show…I can’t say. what I can say is that I am very much enjoying the twist of a female lead as Watson, and a not so different take on Sherlock, he is a dick! I love the introduction of a new character this season named Kitty who was a victim of a horrific attack. Really great writing, acting, just all around well done, must watch show.

Most people who know me know I’m not much in to reality TV however this show is THE best reality TV on air right now. I’ve watched both the Canadian one and the Australian one and have to say both are extremely entertaining. If you want to check it out and live in Canada just visit Global TV’s website or on their mobile App to watch an episode. The things people try to get away with, or the stories they make up are just awesome. Anyone who works or has worked in Customer service will see some parallels with your job. It’s not scripted and you really never know what’s coming, after seeing a few episodes it is fun to guess. 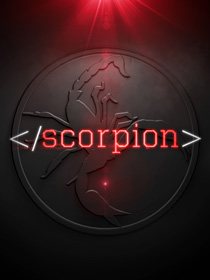 This show is in it’s first season and is said to be based on an actual person named Walter O’Brien, I guess that’s true but really doesn’t persuade me to watch it. I love the characters, the action is damn good and I haven’t seen these actors much so it was nice to watch a show where I didn’t see the actors as previous characters in my head. Sometimes the stories are a bit disjointed but overall the level of acting more than makes up for it and I do hope this show goes on for many more seasons.

Going into it’s 10th season and still going strong. With some shows after it’s been on as long as this one has it can start to get a bit stale but Bones has not had one drawn out episode, I enjoy the stories that this show continues to tell. There have been a number of times where I have had to pick my jaw up off the floor after some crazy stuff has happened. I was sad about the loss of a key character at the start of this season but I do understand the need to have characters in peril, keeps everything fresh and exciting. Although I feel some of the characters can be over the top sometimes, that is a small (very tiny) complaint I have. I really want this show to just keep on going!

Set in the 1890’s William Murdoch sets about to solve crimes in the city of Toronto, the character uses some really inventive ways to find evidence which points to technology and practices we use today. One of the great themes during the 8 season it has been airing is that of woman’s rights. This was a time before women had the right to vote, before we could feel free enough to wear what we wanted. It’s great to see what it may have been like back in the day, the writers and prop masters do try to keep things as historic as possible. You never who is going to step out of the past and make an appearance.

One of my favourite shows currently on, I always make sure to catch all episodes. It stars James Spader who plays one of the most Wanted men in the world by the FBI, he turns himself in in order to gain access to someone he knew when she was a kid. As the show progresses he helps the FBI catch some of the worst criminals out there some of whom the FBI didn’t even know exist. I can’t say enough good things about this show, not one bad episode or one miss by the actors, writers, and everyone involved. We are about halfway through season 2 so you can catch up and watch the rest of the season with me!

This show has just started and it’s already on my list for one very good reason….it’s so funny. A great Canadian TV show wit so much talent and potential to have a very long run. Easy to catch up on if you have access to CBC’s website. It’s about this very well off family who end up losing almost everything they have due to a bad financial adviser who takes them for all they have. They are forced to move to this town that was purchased as a joke. Watching such seasoned actors letting lose and playing such crazy characters is refreshing…also it’s fun saying Scitts Creek!

In the US there is The Colbert Report as well as The Daily Show with John Stewart, in Canada we have Rick Mercer Report. One of my favourite parts of Rick’s show is the segments where he goes out and tries really crazy things all over Canada. One year he came to here for the KW Oktoberfest, just recently I saw that he went to Variety Village and he hung out with some cool kids and tried his hand at wheelchair basketball. One of my favourites is when him and Jann Arden get together and go out on “dates”. If you have never seen any segments, look him up on YouTube and come back and let me know what you think!

PENNY?, PENNY?, PENNY?…wow how many times have I heard this since this show aired…..well yesterday was the most recent. This show is so good for so many reasons, watching them all evolve as characters and their relationships with each other is fun. Seeing all the guest stars from Bill Nye to Stan Lee make appearances has kept the show fresh. It hasn’t gotten old yet and I doubt for me it ever will. 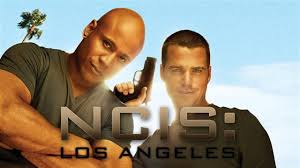 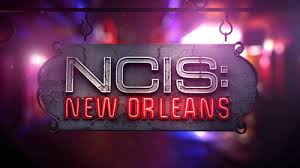 I lumped all these in to one, because they are all NCIS shows, I don’t have a favourite, each spin-off of the original is so awesome. Again great characters, great writing amazing stories and arcs that they can play off of. They all follow the same premise but are all very different and I’m hooked with all of  them.