Since tonight is Superbowl Sunday I thought I would stay along the theme of television and do another top 10 list. This one is my top 10 show that are no longer on-air, I miss them so. I don’t watch football nor do I care much about the Superbowl, although I do admit that the commercials are usually awesome!

OK so there are 11 on this list….ah well, in order form the oldest air date here are my top 13 shows that just ended to soon in my books.

I am not sure if this show aired outside of Canada but if you can find it I highly suggest you watch it. The premise is simple, an 800 year old vampire is trying to atone for his past sins and regain his mortality. This show aired before vampires were “in” and it was a pretty dark show. Nick Night (our main character) is a detective on the streets of Toronto, he tries to hide what he really is from his partner while also trying to thwart seduction attempts from his 2000 year old mentor. I would love to re-watch this series even if the fashion and technology is really out dated by today’s standards. The writing and acting was good, the stories were well thought out. Although it was a dark show it still had its comedic moments that until I looked back at the pictures, I had forgot. SO GOOD, it deserved more than 3 seasons, wonder if a remake would work?

Another great Canadian TV show that I’m not sure aired outside of Canada and another one that is really good, I own all seasons on DVD so if anyone local wants to borrow them just let me know! This one stares Paul Gross as RCMP officer Benton Fraser who goes to Chicago on the trail of his father’s killer. He ends up staying in the windy city and works with the Chicago PD to solve cases. It’s a great show with really amazing writing and acting, great mix of comedy and a bit of drama. It does play up the “nice Canadian” stereotype but in a quirky way. Even though it only lasted 4 seasons, I cannot be disappointed with how it ended, the last episode always has me in tears and always makes me smile!

This show came out of nowhere for me when I was younger. I saw the advertisements at the time and thought it looked good so I gave it a shot, my sister and I would watch this one together and we both enjoyed it. The main character Quinn (Jerry O’Connell) manages to somehow create a portal to an alternate dimension and gets sucked in with a few people one of whom isn’t too happy! It’s neat to see how the characters develop though out the season, it ultimately ended on a cliffhanger which was sad because I always wanted know what would have happened.

This was the third series that was created in the Star Trek universe and i personal favourite. I did enjoy Star Trek: TNG, and DS9 but this was a different feel to the franchise and it continued to explore new frontiers. Captain Katheryn Janeway was not one to be messed with but she was a fair captain. I did enjoy all the characters and how they evolved. I really wish that Ensign Harry Kim (Garret Wang) earned a higher commission on this 7 years but that’s really the only complaint I have. One of may favourite memories was watching the final episode at my friend Becky’s house. My mom was babysitting her sister at her house so my sister and I made everyone watch the last episode. I remember Becky making fun of it at the beginning and that we tried to explain some of the back stories but in the end she still wasn’t a fan but I think she at least liked that episode.

I almost didn’t put this on my list, not because it doesn’t deserve it, I still think it ended too soon but have to say 10 seasons is a damn amazing feat. This is a great show, based on the movie of the same name it elaborates further and continues to explore new worlds through the means of a device called a Stargate. Throughout the 10 year run, characters came and went but the main thread of the show continued. The show runners, and writers were not afraid to poke fun at themselves and had some memorable episodes. It was sad that during the 200th episode party they had to learn that the show was coming to an end. We were blessed with 2 movies that came out after the show finished airing to help further bring closure and explore what might have been but its no substitute for the show continuing. 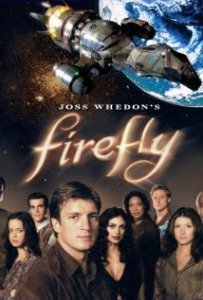 This is the show that really gets the trophy for being cancelled WAY way too soon. It was cancelled after one season, I hadn’t even heard of it until after it was canceled. I have since learned that FOX really mishandled this show in ever aspect and as such it never got a chance. I have since watched, and re-watched the episodes that there are and as I write this have watched and re-watched the movie that came after called Serenity. This show has nothing that I can find fault with, the characters are amazing well imagined, handled by amazing actors, great balance between humour and action…I could go on. I have also read the comics that have been written by Joss Whedon that have since been published for Dark Horse Comics. I would LOVE if this show came back to air but I know that Nathan Fillion is currently being awesome in the TV show Castle.

This show was wacky, and off beat, and I loved it. They could have kept going there is was just so much to explore in regards to the character’s back stories. I have to say that I love that the dinner used in this show made an appearance on a later season of Stargate SG-1 and i geeked out a bit about that. The main character dies after a freak accident and becomes a grim reaper only they live among us, they look different but have to live just like us. It’s such a smart and funny show. Really did end before its time.

A spin-off of Stargate SG-1 the characters explore a galaxy very far away from Earth and in the beginning with little hope of ever seeing or talking with Earth again. Knowing that the show runners had plans to continue but were cut short is sad, also no movies when this show ended has me even more sad. What I loved about almost all the shows on this list and this one is no different was the relationship the characters develop with each other, how they grow and evolve. They are not always perfect and they make some big mistakes (like when Rodney blows up a solar system) they are portrayed not to be on some sort of virtual pedestal.

“Denny Crane!” if you have watched this show just those two words should have had you laughing and remembering how William Shatner brought the character of “Denny Crane” to life with gusto. This show is a legal drama but the humour mixed in with some of the serious issues they tackle is really like nothing on TV before or since. The dynamic duo of Denny Crane and Alan Shore played by the amazing James Spader had me hooked from right from episode one. I really wish they had been able to continue but this is another show that ended really well and with no lose ends.

I cannot think of this show and not think of the catchy theme song, humming it as we speak, if you know it hum with me! Here is another show that didn’t have to end at 5 seasons the concept is so broad that they could have just kept coming up with crazy stories to explore. Another show that was good at injecting humour while exploring the complexities of humans and how we relate to one another but not in the same way as other shows. It was fun, quirky and you were invested with what was going to happen next. I demand a movie! 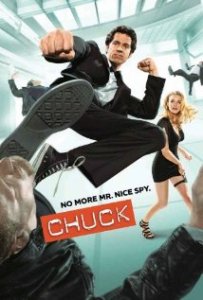 Will they?…, won’t they?….will they? Maybe? For the first few seasons you really were rooting for Chuck and his handler Sarah to hook up and when they do its AWESOME. I’m a huge fan of Adam Baldwin’s so when I saw that he would star in this show I was already willing to give it a shot. This show is so funny, has great stories to share and impossible odds that they have to overcome, the show had to share some of those same obstacles and it was the fans that were able to save it from being cancelled a few times. I love their partnership with Subway and love how they were able to get the chacaters in and out of some pretty crazy situations. I also wouldn’t mind a movie….

The cancellation of this show is still a fresh wound for me. Another great Canadian contribution to the airwaves I think it should have been given a few more seasons. The show follows Toby Logan a paramedic who has a very unique ability. I won’t spoil it for anyone and I highly suggest you watch every episode. This was one of the first shows that I really utilized social media to be able to connect with other fans of the show and thankfully the actors as well. I have been lucky enough to have a few twitter conversations with the actors and got some awesome swag! I can’t say I’m surprised at the caliber of writing and acting coming from Canada and this show is one of the best show cases for that. With a great ability to play off of they are able to explore what it means to really connect to another human being. I felt myself being sucked in every week and wondering where the hour went when an episode ended. It’s just some really great television!

Another one that ended too soon and just finished airing not that long ago. The show follows Jake Doyle a private investigator along with his father and family. Trouble finds him where ever he goes but he always does right. Set in NFLD (Newfoundland) you get to see some really amazing scenery and try to learn newfie! Like all of the shows on this list it has great writing, amazing acting and really good stories to tell. I felt that the end was rushed a bit but I know that series creator and star Allan Hawkco was behind all of that, it wasn’t cancelled because of ratings or anything of the sort, it came to its natural conclusion by the creator himself, hard to fault him for that I’m just selfish and wanted it to keep going, and going, and going……

Well that’s my top 10…uh…13? list of shows that I loved that are no longer making new episodes. What would be on your list?