Today on my Twitter and Facebook feeds there have been a few articles that have got a lot of attention so I thought I would share them and let the debate begin.

First up one by Globe & Mail they have a weekly column called “Financial Face-lift” and this weeks article as everyone agreeing that the people featured in the article need a reality check. Here read it for yourself then come back and read my thoughts, I want to see yours in the comments. 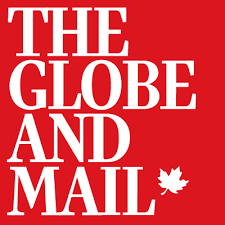 I can’t pretend to know what it’s like to be well off or wealthy. I have always lived within my means, sometimes a bit above but the couple article have more money than brains. To be fair the article has been updated with new information however based on the comments it has gone through a couple of revisions. My issue with the article is not the way it’s written, the subject matter, I think everyone could use some financial advice no matter how much they are worth, how much they have in the bank, or how much they make per year. My concern is that they make loads of money per year and they live RENT FREE and don’t know how they will pay a mortgage.

I will not disclose my pre-tax annual income but I will say it’s less than $55,000 a year I own a house and have credit card debit. I don’t have kids, a car, “professional association fees”, or vacations but I have just about enough to get by. I would LOVE to have the income that the two listed in this article because I would be able to pay off my debt & home faster. I would also have enough money to go on a vacation to somewhere warm…but I wouldn’t need $2000 a year to do it. I would do one of those last minute vacations that cost about $700 all inclusive including air fare.

My advice to the two in this article, sell the $1.1 Million dollar plot of land and buy an existing house that is a bit run down and spend the money to renovate it to make it work for them. Also maybe take your kids out of that fancy private school and put them in the awesome public school, Vancouver has some great ones. Also I’m pretty sure they could trim down that $2000 groceries bill. by going to the markets. Vancouver has great outdoor markets and great places to shop locally and get fish. I understand that younger kids come with additional costs but still trim some of those expenses. If your wife is on mat leave a Nanny isn’t really required get help from friends, parents, family.

I don’t want to make light of their situation, they clearly suck at money management, most of us do, I know i do but he is a physician and she is a dentist they should have more smarts. Just crazy!!

The next story up comes from National Post not a normal weekly column but an article that came up in my twitter feed that had me scratching my head, and everyone else’s who read it. 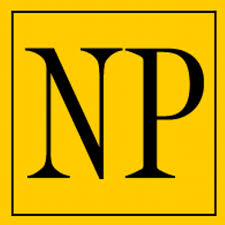 Here is a link to the article again go, read and come back:

So the gist is that a kid didn’t attend another kid’s party and the offended parent decided to bill $25USD because of the no show. My biggest issue is that kids party is getting so out of hand these days. I sometimes see my co-workers and friends struggle to come up with new ideas or to keep kids entertained. Most of my friends are what I like to call normal and just have a get together at their house, invite a few kids and family and make an afternoon out of it. But I have seen some stressed out parents trying to make 5 year old’s party epic and for what reason I have NO idea!

Again I don’t have kids so maybe I have no right to speak on the matter but invoicing a parent because their kid didn’t show up is a bit crazy. You are the one that decided to do some crazy party that involved spending boat loads of cash so you must be responsible to bare the cost. If you can’t afford it I would suggest doing a simple party at a community center or a house as I think that would be more fund for kids.

What was the craziest birthday party you attended as a kid? What has been the craziest party you sent your kid to? Have you thrown an over the top affair for a milestone birthday for your kid?