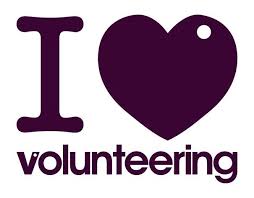 Today being Friday I spent a few hours at Grand River Hospital in Kitchener doing my weekly volunteer shift. Currently my shift goes from 9am to 12:30pm every Friday and I have been doing this shift for almost a year. Before my mom’s stroke I worked the Sunday morning shift and while going to school I did the Friday night shift. I have been volunteering at Grand River Hospitals ER department for about 12 years and I have enjoyed every moment of it.

I first started because I knew to get in to the Conestoga nursing program, you needed to have volunteer work on file. I did as I had volunteered at schools before this but I also wanted to see the hospital environment from the other side. Hospitals are not strange places for me since I have spent my whole life in and out of them but I knew being on the other side of things would be vastly different.

The process to become a volunteer isn’t that hard, it is time consuming but really worth it. After attending a group information session I scheduled an interview to see where the best fit would be. At the time I started there were no volunteers allowed in the children’s area which would have been my first choice. If I remember correctly my options were front desk, day surgery, and the ER (emergency room), I choose ER for the action. After that all that was required was a background check and to get tested for TB (http://en.wikipedia.org/wiki/Tuberculosis).

The test for TB is a skin test where they inject a very tiny amount of tuberculin purified protein derivative (PPD) into your forearm where a small welt should appear; almost like a bee sting or mosquito bite. You go away and come back after 48 hours to have your arm looked at and test repeated. Generally the test is only repeated for those in the health care field. I went for my first one and not being afraid of needles knew I would fly through it and be good to go. After the injection I was good and made my way back to the reception desk to make my next appointment however I started to feel oddly weird and remember saying something that didn’t make sense. The receptionist dismissed what I was saying then looked up at me and suggested I sit down. They helped me back to the chair I just came from said they would get some ice and I decided to rest my head against the back wall. The next think I remember I was coming to and they were checking my blood pressure; I had passed out. I was fine after a little bit and when I came back to have it read and to have the 2nd one they made me lay down before they did the injection and made me stay for a half hour after but I didn’t pass out the second time. Both tests were clear and I was good to start volunteering. 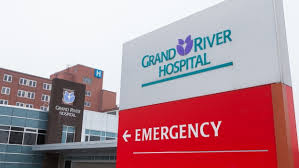 Before Grand River completed renovations of the ER it was a small, compact, place. We only had a few beds separated by a curtain. They were so close together I have no idea to this day how the doctors treated the patients. As a volunteer we had this really old wooden table with a really bad chair across from the one sliding door. In the winter it was bad, it was so cold because the door was always busted and stayed open. I don’t think I got any training and if I did I don’t remember it but we didn’t do a lot back then. The patient used to get called up to be seen by the nurse, then they would have to come sit back down in the waiting area only to have to get back up to be called by the clerk who registered them, then come back to the waiting room to wait, and wait…and wait. I have been trying to remember when Grand River renovated and opened up the ER as it stands today but for the life of me I can’t remember and Google is not my friend this day. I do remember being one of the first to get a tour as my volunteer coordinator had asked me to become co-char for volunteers in my department which meant training all new volunteers. I was so excited and it was a huge improvement, one that was greatly needed. I started training new volunteers the very next day even though I had not worked in the new ER.

Other than then the 8 months I stepped away because of my mom’s stroke I have been a volunteer helping out at the ER department loving it. I have seen some crazy things. The most recent was when a patient came in holding his arm. Me and my partner Bill could see the blood and we could tell that this wasn’t a good thing. We brought him right in to the triage area and asked a nurse for help, knowing that lots of people make their situation seem more than it is I will forgive the nurse for not coming right away but when she did look up and saw our faces she cam running. We got him a wheel chair and he went right to the trauma area, that left Bill and I to see just how much blood there was, I have never (and hope never to see again) that much blood. It was bad in the triage area where he had sat for 2 minutes and trailed all the way back to where he stepped out of the car he came in. Turns out that he had nicked an artery in his arm. He was a visitor from the UK here to visit his sister who lives in Kitchener and the car was a rental. After helping clean up the blood on the floor we were able to relax. The guy had to be transferred by ambulance to a hospital in Guelph because we did not have a vascular surgeon who could repair the damage. I have often wondered what became of him, was he ok, did he lose his arm? Did the rental car company think a murder took place inside the car due to the amount of blood that had to be present? That’s the one thing about working in the ER that I wish I could change, I want to know the outcomes. I have more stories….12 years…I’ve seen things!

Some outcomes I do know and they are tragic, having been a volunteer for 12 years I have been present when 3 people have passed away, one being an 8 year old boy. Death is never easy to deal with and when we lose a patient it’s felt for the rest of the shift and never a dry eye in the place among the staff. This is balanced with some of the nicest things that happen. One time a volunteer working a late shift could see the crowd getting restless and decided to make up bingo cards and have a good round of bingo.

I don’t always get thanked but today I got some really great compliments just by helping out and that makes the days when people want to yell at me because they have to wait for someone to see their scratch easier to deal with.

I enjoy volunteering because I can, I can help other people on possibly the worst day of their lives. I can provide them with directions on where to go, I can escort them and talk with them to make their day a little brighter. I can easy the worry of a parent that we do have their child and that the child is safe.

If you haven’t had the opportunity to volunteer I highly recommend you do. It doesn’t have to be at the local hhospitalbut can be at your local church or next community event. If you do do volunteer work, tell me about it I want to see what your best stories are from volunteering!